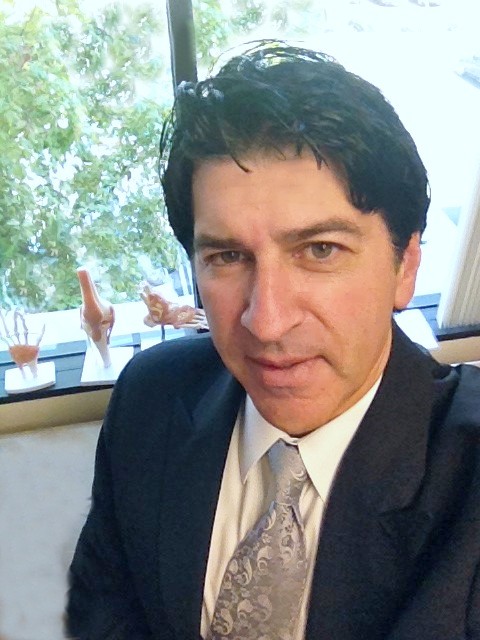 Mark D. Apelian is an advocate for personal injury victims and a bane to defense attorneys throughout the state of California. For the past 24 years, Mark's relentless dedication to achieving the maximum possible award for a client either at the negotiation table or in a courtroom has gained the attention of other lawyers and the gratitude of many clients and their families. Mark recently obtained a gross jury verdict from a 12 member jury in Victorville, CA for one of his clients in excess of $3.8 million dollars after the doctor who had been treating his client at a local hospital caused him considerable harm by ignoring him and the complaints he was voicing to hospital staff while still under his care. The doctor in question further made it known that he would "never offer a penny" to our client. Mr. Apelian was clearly able to persuade a small hometown jury to the contrary. He was also able to obtain nearly another $400,000 from the hospital as well.

Mark's drive to practice Personal Injury law stems from a simple belief: that good people who have been injured through someone else's negligence deserve a good result. Mark feels that it is a privilege to protect his clients' interests and has had the pleasure of helping many individuals receive the compensation that is rightfully theirs. In recognition of his seven-figure verdicts, Mark was admitted into the Million Dollar Advocates Circle  which is a prestigious groups of trial lawyers in the United States where Membership is limited to attorneys who have won million dollar verdicts for their clients.  Fewer than 1% of U.S. lawyers are members.  Mark has also achieved a AVVO "Superb" rating.

Based on his tenacity and success in the courtroom, Mark has drawn the pointed attention of the Press. Los Angeles Magazine and the Southern California Super Lawyers publication have recognized Mark's superior legal abilities for the past 12 years by deeming him as one of few Southern California's Super Lawyers®.  Mark was also nominated as one of the "10 Best" Attorneys for the state of California by the American Institute of Personal Injury Attorneys for Client Satisfaction, was nominated as a candidate for Trial Lawyer of  the Year  in 2011 and 2013, was designated to be one of the National Trial Lawyers Top 100 Trial Lawyers and received a 2014's "10 Best" Client Satisfaction Award.

In addition to his litigation practice, Mr. Apelian has received formal Mediation Training through the Los Angeles County Bar Association, and has fulfilled all of the training requirements imposed under the California Dispute Resolution Programs Act. Mark has been involved in hundreds of Mediations over the years and provides Mediation related services as both a Professional Mediator and as a Volunteer Mediator (for those who cannot afford Mediation), in an effort to attempt an informal resolution of various conflicts.  Mark has also been called upon by the Los Angeles County Bar Association to be a guest lecturer on various issues  related to Mediation.